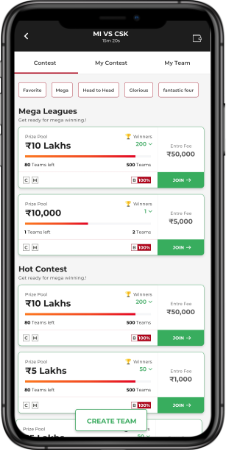 Coming on as a Substitute

* Once you have selected your 11 players, you will have to assign a captain and vice-captain for your team.

* The captain will give you 2x points.

* The vice-captain will give you 1.5x points.

Scored by a striker

Scored by a mid-fielder

Scored by a defender or goalkeeper

Chance Created - The final pass leading to a shot (on target, blocked or off target)

* An assist is the final touch (pass, cross or any other touch) leading to the recipient of the ball scoring a goal.

* In addition to normal assists, the foloowing types of fantasy assists will awarded to a player:

1) When a shot is saved by goalkeeper, blocked by the defender or hits the goal post, and is scored on the rebound.

2) When a player wins a penalty or a direct free-kick that is scored.

3) When an opposition player scores an own goal off a cross, pass or shot.

4) When any deflected pass off a single opposition player results in a goal.

* An assist is NOT awarded when:

1) Two or more opposing players touch the ball after the final pass before a goal is scored.

2) The goalscorer loses possission to a player from the opposition team and then regains control of the ball before scoring.

* A Shot on Target is any goal attempt that:

* A shot on target is NOT awarded when:

1) The shot hits the goal post (unless the ball goes in and is a goal).

2) The shot is blocked by another player, who is not the last-man.

* A Chance Created, also known as a 'key pass', is the final touch (pass, cross or any other touch) leading to a shot, regardless of whether it is on target (including goals), blocked or off

* A Tackles Won is a tackle where the player successfully takes the ball away from the player in possession, by either winning possession or putting the ball out of play.

* An Interception Won is where a player intentionally intercepts a pass, by moving into the line of the intended ball, and retains possession of the ball.

* A Save is where a goalkeeper prevents the ball from entering the goal with any part of his body.

* A Clean Sheet is awarded for not conceding a goal whilst on the field and playing at least 55 minutes.

* A Save is where a goalkeeper prevents the ball from entering the goal with any part of his body.

* A Clean Sheet is awarded for not conceding a goal whilst on the field and playing at least 55 minutes.

* If a player gets substituted before a goal is conceded but has played more than 55 minutes, they will still get the clean Sheet bonus.

CARDS AND OTHER PENALTIES:

* Goals conceded will be counted for the players playing on the field at the time of the goal irrespective of player's total playing time.

* If a player receives a red card, he will continue to be penalised for goals conceded by his/her team. i.e for the goals conceded after he leaves the field.

* If a player gets a yellow card and then a second yellow (or even straight red), he only gets negative points for the red card.

* If a player receives a yellow or red card for an off-field activity, the Fantasy Points will come into effect if:

1) He already played the match and was substituted.

2) He comes onto the field as a substitute after receiving a yellow card.

* We get all our stats from well known football data provider.

* The player you choose to be your team's captain will receive 2 times the points for his/her performance.

* The player you choose to be your team's Vice-captain will receive 1.5 times the points for his/her performance.

* 54 minutes and 1 second onwards (54'1") will be considered as 55 minutes for the purpose of point calculation.

* Once the points have been marked as completed i.e. winners have been declared, no further adjustments will be made. Points awarded live in-game are subject to change as long as the status is "In progress" or 'Waiting for review'.

* Any event during extra time will be considered for awarding points.

* Any event during penalty shootouts will not be considered for awarding points.

* Fantasy Points for the ISL will be awarded based on the information and stats provided by the official ISL score providers. The information on the official scorecard will override all conditions mentioned for assists, passes, etc.

THE OFFICIAL ISL SCORECARD IS THE FINAL POINT OF REFERENCE FOR AWARDING POINTS IN FANTASY ISL.

* In case a player is transferred/reassigned to a different team between two scheduled updates, for any reason whatsover, such transfer/reassigned (by whatever name called) shall not be reflected in the roster of players untill the next scheduled updates, while such player will be available for selection in the team to which the player originally belong, no points will be attributable to such player during the course of such contest.

* A player who has not participated in the game as part of the starting 11 or as a substitute, will not be awarded negative points for receiving a yellow or red card for off field activity.

* In case the player does not play the match at all, no points will be given.

* If a player received a yellow or red card for an off-field activity, the Fantasy Points will come into effect if

1) He already played the match and was subbed off.

2) He comes on the field as substitute after receiving a yellow card and plays the match.

Having a query or any questions regarding app? Please feel free to contact us.